It might be October, but one garden in the West midlands is still a riot of colour thanks to the hard work of Dennis Amos and his garden helpers, plus the unrivalled vigor of his new plant food, Flower Power.

Dennis is the first to admit that he used to use a popular competitor product until he discovered Flower Power. “This is the first season I’ve used Flower Power,” he says. “I saw it on offer on Richard’s television program and I thought oh I’ll try that. So I’ve only used it this year but I am already really very impressed: The flowers have been bolder, they keep their shape.

The stems are sturdy whereas with my old plant food the stems seem to sag and I thought oh there’s something wrong there, but that hasn’t happened at all this year. The blooms have been absolutely fantastic.”

His garden is still ablaze with colour from dozens of hanging baskets, pots and containers and flanked with borders of roses, dahlias and perennials. But what is fascinating is that Dennis only spends around £100 each year on his garden.

“I bought myself a little greenhouse which cost £100 where I grow most of the plants for the garden. I have bought a few plants from Richard, usually those that have been a bargain, but 95% of my plants I’ve grown from seed.

I’ve had a lot of seeds off the Amateur Gardening magazine; you buy a magazine and you get one or two packets of seed, and I think that’s a good way and a cheap way, because gardening can be quite expensive.” In spring the grandchildren help sow the seeds in Dennis’ heated potting shed. “They pick what they want to sow and then sit for half a day in the shed sowing them,” he says. “They take a few plants home to grow too.”

With the greenhouse Dennis can overwinter his dahlias and begonias. “I’ve had all my begonias for 3 or 4 years, there must be at least 100 now, because I cut the corms up every year, I split them into four, I prepare them at the end of October, to dry them out for the winter.”

These cost cutting techniques leaves Dennis enough in his budget to buy compost and his plant food. “I don’t think Flower Power is expensive at all, I’m on my last tub now but I’ve still got one packet left and it’s lasted me nearly 12 months. With my old plant food I had to keep going to buy it every four weeks.”

Pretty amazing when you see how many planters, baskets and plants Dennis has to feed.

Dennis is ably assisted by his team of grandchildren, especially green-fingered Daniel (aged 7) and his sister Jessica (aged 10), who help him with the deadheading and also with sowing the seeds in spring.

Daniel helps to keep the garden neat and tidy and learns about nature as he supports Dennis around the garden. It’s abuzz with insects attracted by the colourful blooms and a living classroom outside in the fresh air. But more than that it’s a perfect exchange of youthful energy for acquired knowledge, a learning experience that is fun and enables Dennis to spend quality time with his family too. 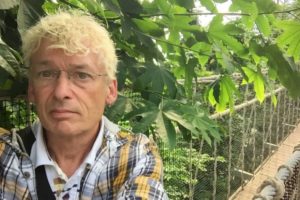 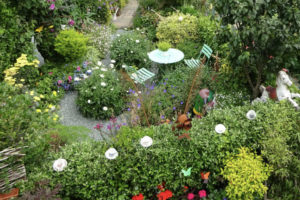 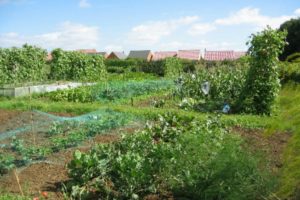 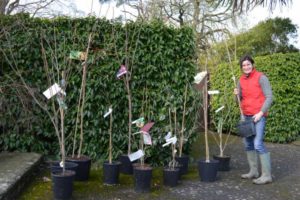 November is the perfect time to plant a tree. Tamsin Westhorpe picks out a couple... 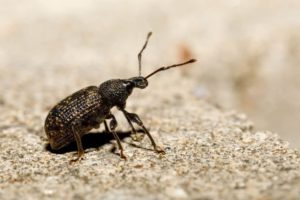 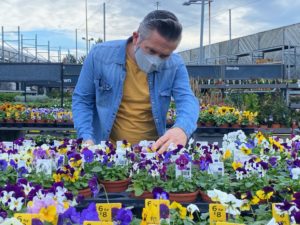 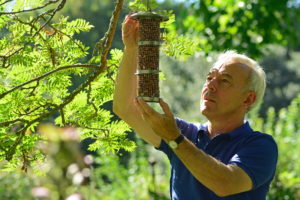